Read More Below
Brooks Barbeque was established by Lucille and Sammie Brooks Sr. in 1965. 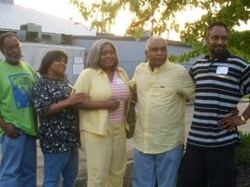 Family
Mr. & Mrs. Brooks left behind 5 children: Sammie Brooks Jr., James Melvin Brooks, Christina Brooks McCants, Darrell Brooks, and Mary Ann Brooks Banksden. Mr. & Mrs. Brooks have  5 grandchildren, and 4 great grand children!
The Brooks Kids are keeping their memory and business alive by taking
pride in the hard work that their parents have done. Keeping that same
pride, hard work, and dedication proves what success really
tastes like!  For almost 50 years of being in business we
have served the best food in the shoals area. The Brooks family would like to thank all of our loyal customers, old and new! 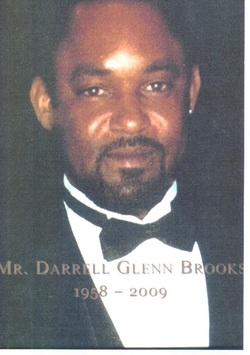 Darrell Brooks Dec 21, 1958 - July 17, 2009
Darrell Brooks is one out of the 5 children who passed away July 17, 2009. He was the family cook at the
business. His dedication to his parents business will not be forgotten! He
is a beloved son, brother, and uncle! He will be greatly missed! 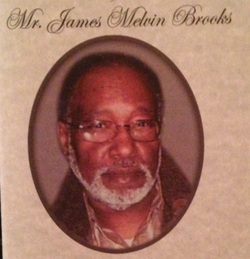 James Melvin Brooks Feb 12,1952 - Jan 27,2014
Melvin Brooks is second child of Lucille and Sammie Brooks, Sr. to pass away on Jan 27, 2014. He also, like his younger (also deceased) brother Darrell Brooks was dedicated to his parents business. Now with only three out of five siblings living they will continue to remember their two brothers hard work and love that they gave to the business! Melvin along with Darrell will be truly missed! Melvin is a beloved son, brother, and uncle!